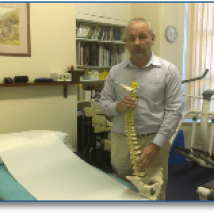 David Graduated from the West Middlesex University Hospital School of Physiotherapy in 1981. Working initially as a junior physiotherapist in the N.H.S. as well as gaining experience with amateur and semi-professional teams, before becoming Senior Physiotherapist at Southampton General Hospital mainly responsible for the treatment of patients with spinal pain.  David also worked in the N.H.S. Sports Injury Clinic, gaining wide experience in the treatment of sports injuries. In 1985 David was appointed Chartered Physiotherapist to Hampshire County Cricket Club, a position he held until 2003.

In 1999 David was invited to sit on the England & Wales Cricket Board (ECB) Science and Medicine Advisory Group as Physiotherapy Advisor. His role with the ECB was extended in 2001 when he was appointed Injury Surveillance Officer, with the main responsibility of monitoring injuries within the First Class game in the UK.  He is currently in discussion, with a number of other Cricket Injury Surveillance Officers around the world, to set up an International collaboration on injuries in cricket.  In February 2003 David presented his research into cricket injuries in English First Class Cricket at the 2nd World Congress of Science and Medicine in Cricket in Cape Town South Africa and again at the First UK Congress of Science and Medicine in Cricket at Loughborough University.

During the winter of 2007-8 David has been extensively involved with the development of a new database for the ECB which went live at the start of the 2008 cricket season.  The first stage allows the County and England medical staff to record all their injuries and medical records in a secure database and for easier monitoring for Injury surveillance purposes.  The second stage included areas for Strength and Conditioning.   In 2017, David oversaw the migration and ongoing management of a new database ‘The Cricket Squad’ for the ECB.

In September 2018 David took up the post (part time) of Medical Services Manager to the ICC Cricket World Cup 2019, He will primarily oversee the provision of medical services to the players and officials in conjunction with the Tournament Chief Medical Officer. 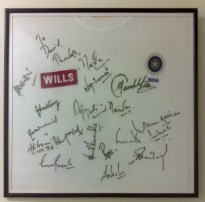 David has lectured extensively on Sports Injuries at a wide range of levels from GCSE sport Studies Course level to training Teachers to fellow Sports Medicine practitioners at an International level.  He also lectures on Workplace Ergonomics and Workstation setup and Inanimate Object Manual Handling.  In March 2010 David was invited to present at the International Scientific Conference in Physical Therapy in Cairo and to run an introductory course in Sports injuries, this was kindly supported by the Prime Physiotherapy

David is a Trustee of the Ben Williams Trust and of Georges trust.  To find out more about the trusts please click below: