We are delighted to have introduced the Optloft sit-stand platform to the new office, giving us the opportunity to demonstrate the benefits of standing to work at you desk to our patients as well as giving David a variety of working positions!

We are delighted to announce that we are moving to a new modern office in Grosvenor Square Southampton on Friday March 1st 2019. We look forward to greeting old and new clients in our new home.

Hantscare are pleased to announce that David has been appointed (part time) as Medical Services Manager to the ICC Cricket World Cup 2019, He will primarily oversee the provision of medical services to the players and officials in conjunction with the Tournament Chief Medical Officer and Director of Operations.

David said ” He was delighted to take up this exciting role working with the very dynamic CWC19 team at Lords.  It is going to be a challenge over the next 11 months balancing everything but the opportunity to be involved in such a prestigious event, particularly as it was in cricket, was impossible to turn down”

David will continue to see patients in Southampton with trips to Lords and the other 11 venues of the World Cup along with his role as Injury Surveillance Officer  for the ECB, 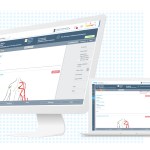 We were delighted to be part of the launch event for TM3 Clinical Notes by Blue Zinc today – David recorded a short video for them of his experience of using the system during the beta phase of their development.  read more about our experience of TM3PM here

David commented “this is a major update incorporating changes not only in the professional game but also in the recreational cricket.  It is no minor achievement to get 25 authors to agree let alone when the majority of the work has had to be done by email.  We owe a huge thanks to John Orchard who has lead this project from its inception 12 years ago. We are also indebted to South African Richard Stretch, who was a major driving force throughout this project up to his death last year.” 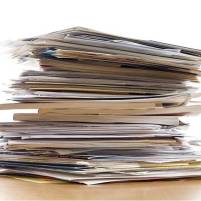 At last we have achieved our goal of scanning all our paper notes into TM2, out patient software package.  It has been a long project but well worth the effort, no more mis-filing/lost notes etc.  We have also worked hard to reduce the paper we produce so now the vast majority of our invoices reports etc are in electronic format.   Moving our accounts to Xero has made this really easy.

Hantscare is delighted to announce that we have started using MyPhysioRehab for our exercise and advice prescription.  This great piece of software allows us to email direct to patients a bespoke exercise plan and advice quickly and efficiently.  Many of the exercises come with a link to a video to help remind and reinforce the exercises.

Hantscare is delighted to be sponsoring OT and Romsey Cricket Club.  We are helping them in developing and promoting their T20 matches to become a great family occasion.  Games include the first team in the Southern League T20, the U19’s in the ECB U19 T20 Competition as well as the Terry Trod Memorial Game on the 21st June.  Everyone is welcome, as well as some great cricket, enjoy the BBQ and the music!

We had a short period today when we lost our email accounts as we moved them to a new server.   We do not think we have lost any but if you do not get a reply to an email please resend.  They are up and working now!

Our apologies for any inconvenience this may have caused.